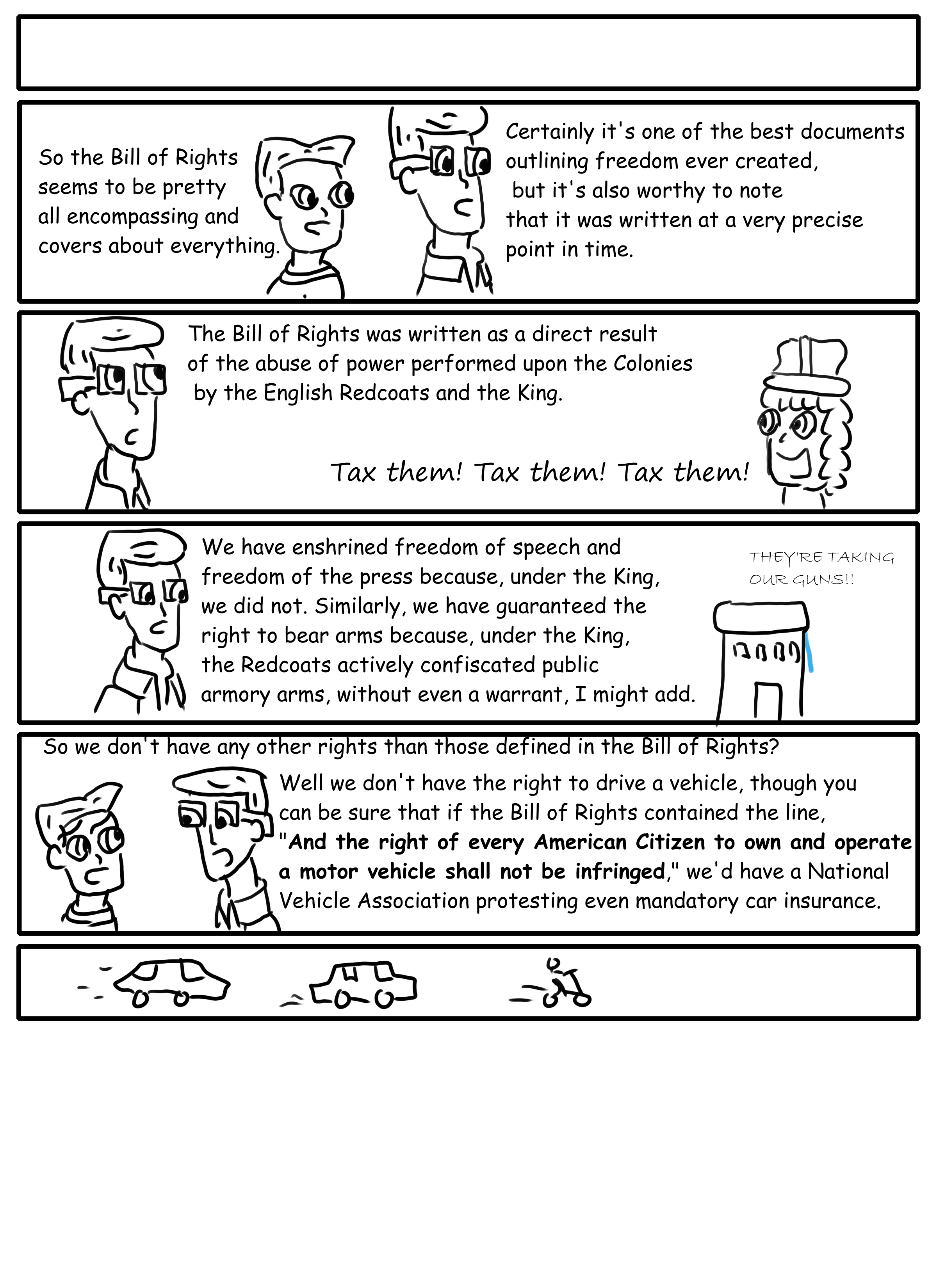 I'm certainly not a Constitutional lawyer - I'm not any form of lawyer at all, in fact - but I am educated. The Constitution of the United States is a very amazing document and has become the blueprints for Constitutions - separation of power, freedoms, and so forth - globally. For good reason, too. It has withstood all challenges to it in the last 250 years and, though perhaps bruised, is still legit. It's worth fighting for.

That said it is worth realising that the Bill of Rights, in particular, was written in direct response to the actions of the English. I think it's a sure bet that if the English had not absconded with arms peacefully stored away in Colony armories, then the Second Amendment in the Bill of Rights may never have been written. Likewise, if the publishers of newspapers were not being imprisoned, then the right to free speech would probably have looked very different.

The framers and authors of the Constitution were educated, too, and were very aware that this document they were exploring would need to be malleable, which is why it has the ability to be modified with Amendments. It took Amendments, after all, to ensure that everyone 18 years of age or older - regardless of sex, sexual orientation, or skin colour - is allowed to vote. What was correct at one point in time may no longer be, and vice versa.

I know the Constitution is studied in school - I've had, and have currently, children going through the school system - and I think this is really important to do. In fact, I truly believe that schools need to do an even better job of teaching Civics and Citizenship so the rights and freedoms that we have today are not taken for granted (the same holds true for my native Canada). We can and should protest, bitch, and provide arguments to improve the state of things - this nation was founded on an act of civil disobedience, after all - but we really need to know why we're doing it, what we're aiming for, and how this will effect future generations of people. Otherwise we're just bitching.