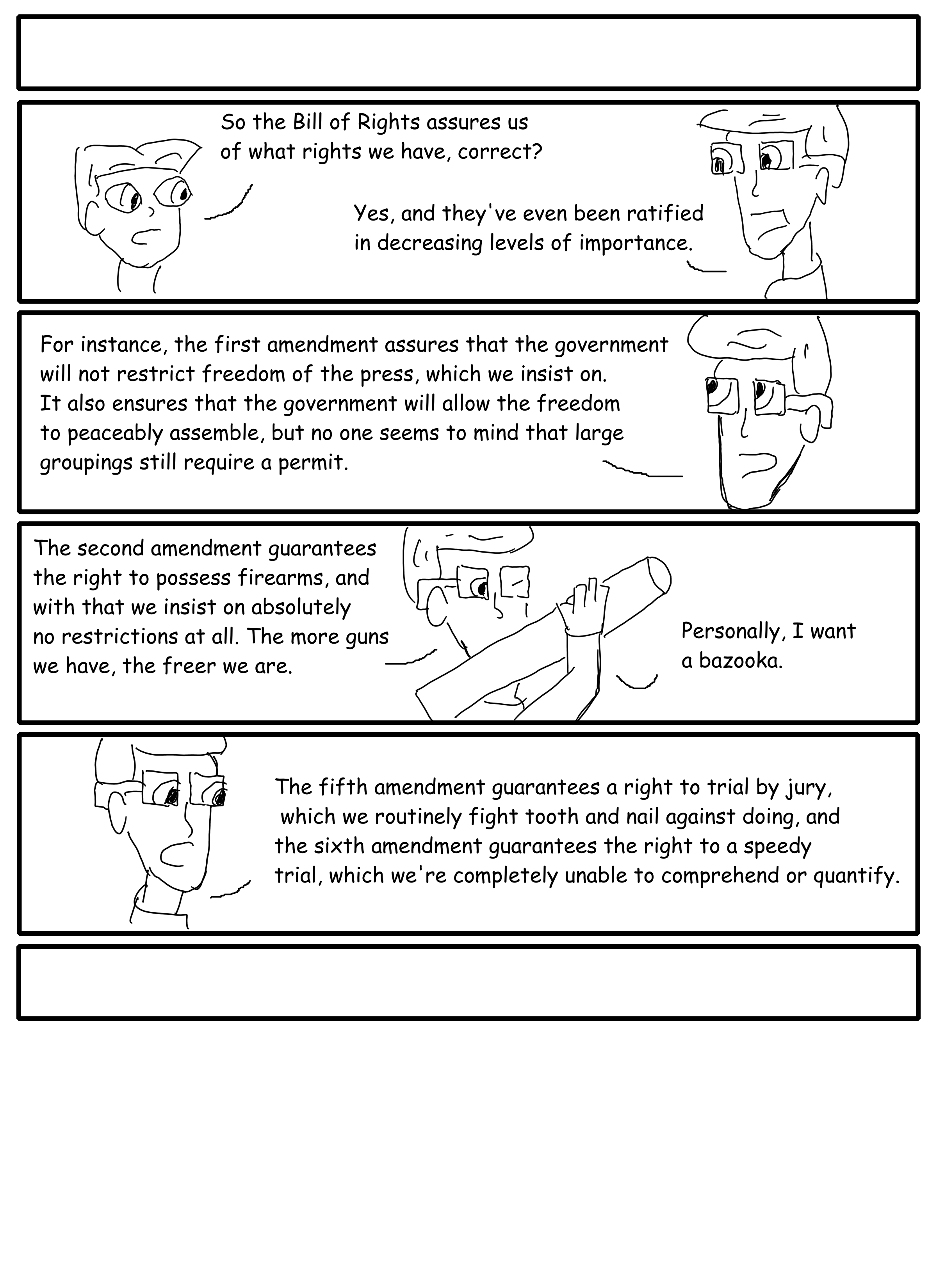 I think I may be the only one I know who actually enjoys being summoned for jury duty.

Well... maybe not *enjoys* - I certainly don't have much fun sitting in the big wide waiting room waiting for something to happen - but it's definitely something that I appreciate doing. The last time I was summoned I was actually chosen to be on the jury and I was pretty excited. I was also incredibly amazed to see just how antagonist some of my fellow jurors were about needing to be there. They were *angry*.

I think, ultimately, it was that experience so many years ago that got me thinking about "freedom" and what "freedom" really means to those of us who don't think twice about it. I know that if I was accused of anything that required a trial, I would not want those people judging my guilt or innocence to feel angry about being there.